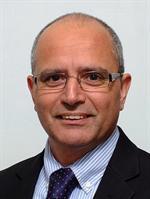 Anton Vella, a MIMCOL employee, was assigned with Malta Employers’ Association, in July 2013, now serves as an SME Helpdesk  Executive.

He has been offering consultancy services to MIMCOL since 2008. In September 2011 he officially joined the MIMCOL management team, as Communications Executive.

Mr. Vella  obtained a Univeristy of Malta Diploma as a Draughtsman and Architect Assistant (A.A.& D.C.). As a draughtsman he worked for 6 years with Maltconsult International, where he also experienced working abroad under the supervision of well reknown international construction company-Daewoo International. He also worked with a number of local architects, on various projects of National importance.

For a period of time, Mr. Vella  worked as project manager and project coordinator in the field of exhibitions and displays where he gained vast experience within the marketing sector. He also has good knowledge in media and communications. He is experienced in research, evaluating estimates and quotations as well as supervision of infrastructural works.

Being a business entrepreneur, Mr. Vella succeeded in  establishing his own company “Pyramid Productions & Services Ltd.” which he directed and managed successfully for a period of 10 years. During this period, he also managed to win a number of contracts with different Local Councils as works manager. These included works of responsability, monitoring a number of subcontractual obligations by third parties, and supervising other major Local Council’s contracts.

Over a period of 10 years, Mr. Vella served different government posts, which included  communications coordinator, private secretary, head of secretariat, and policy coordinator within various Government Ministries. As a Government consultant, there was a time when he was also entrusted with various responsabilities on issues regarding Small and Medium Enterprises (SMEs), including leading the Micro-Business Support Unit, within the Ministry of Finance, the Economy and Investment.