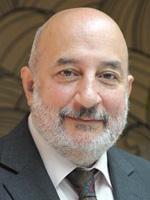 Mr Joseph Farrugia has occupied the post of Director General of the Malta Employers’ Association since 2001.  He is also a visiting lecturer at the Department of Marketing at the University of Malta.

Mr Farrugia has extensive experience in marketing consultancy and human resources management. Between 2010 and 2013 he served as President of the Malta College of Arts, Science and Technology, which is the major vocational education institution in Malta.

Mr. Farrugia sits on the board of directors of JobsPlus, the Employment Relations Board and represents the MEA on the Malta Council for Economic and Social Development. He also represents employers on panels of the Industrial Tribunal.

He has represented Maltese employers on a number of international fora, amongst them the Board of Directors of the European Foundation for the Improvement in Living and Working Conditions, the European Social Fund, SGI Europe and the International Organisation of Employers.

Mr Farrugia is known in cultural circles as an artist. He has organised numerous exhibitions of his paintings in various venues in Malta and abroad.