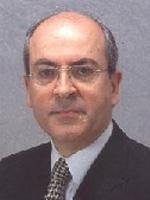 After graduating BA(Hons)(Econ) from the University of Malta Joseph Delia was appointed Personnel Manager of Malta Rubber Limited, now owned by Trelleborg Sealing Solutions Malta Ltd.   He subsequently joined the Gasan Group and set up its Strategic HR Function.   He was a member of the Group’s Management Board and a Director of a number of Companies of the Group.   In 2005 he joined the Jacuzzi Group (UK) and was appointed Chief Executive Officer and Executive Director of their investment in Malta, viz. Stainless Steel Products Limited (SSP).   He retired in 2015 while retaining his role of Company Secretary and appointed as Consultant to the Board of Directors, until 2018.

He is a Chairman of the Industrial Tribunal, a Member of the Board of the Occupational Health and Safety Authority, and an Assessor in the Office of the Social Security Umpire.    He served for many years as a Member of the Employers’ Group of the Administration Board of the European Agency for Safety and Health at Work, chairing a number of workshops at the Agency’s Conferences, and as Alternate Member of the Advisory Committee for Health and Safety at Work of the DG – Employment and Social Affairs of the European Commission, representing employers’ interests.   He is a past President of the Malta Employers’ Association, a Founder Director of the Employment and Training Corporation, now known as Jobsplus, and of the Foundation for Human Resources Development.   He was CoChairman of the Academic Council of the Malta Institute of Management, and served on subcommittees of the Malta Council of Economic and Social Development.